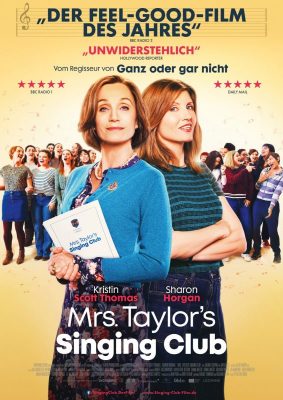 Military Wives will be shown in Scariff Library and is this year’s offering from Access Cinema. It is a 2019 British comedy-drama directed by Peter Cattaneo, from a screenplay by Rosanne Flynn and Rachel Tunnard. It stars Kristin Scott Thomas, Sharon Horgan and Jason Flemyng. The film is inspired by the true story of the Military Wives Choirs, a network of 75 choirs in British military bases across the United Kingdom and overseas, featured in the British documentary television series The Choir.