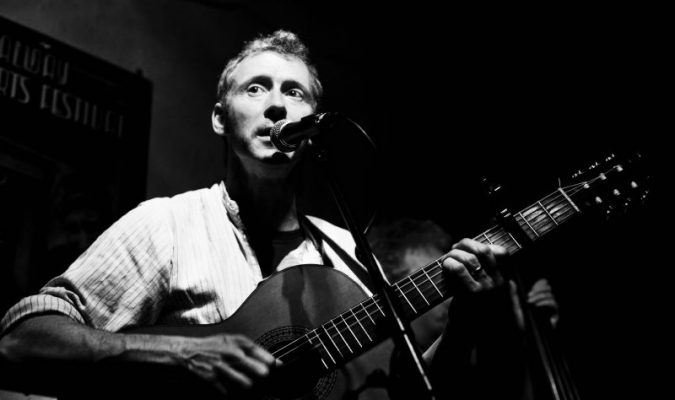 This Bealtaine, why not join singer songwriter Ger Wolfe for a series of three online workshops exploring the world of popular ballads and beyond? Come along and sing your heart out in this online singing session while at the same time learning the background to some favourites from the deep well of song.

Please note that 1 ticket is for all three workshops on Mondays May 2nd, 9th, and 16th at 2pm.

Ger Wolfe is a singer songwriter and multi-instrumentalist born and bred in Cork City and living in Macroom for the last quarter of a century who has been “creating carefully crafted vignettes of song” (Irish Times) for many years.

He has released no less than nine full albums of his own original work on the indie ‘Raggedy Records’ label while touring extensively both solo and with his band ‘The New Skylarks’ since the early 1990’s.

A lot of listeners are familiar with Ger’s songs such as ‘The Curra Road’, ‘The Lark of Mayfield’, ‘Summer at my feet’ and ‘In the Garden of Heaven’ which have received much airplay and have been covered also by artists like Muireann nic Amhlaíobh, Karan Casey, Sharon Shannon and Zoe Conway.

THE MORNING STAR is Ger’s newest album, recorded and produced at home in the Summer of the first lockdown by Amhlaíobh Mc Sweeney. Ger is currently working on a project of traditional sean-nós songs from ‘The Ballyvourney Collection’, songs in Irish gathered by A.M. Freeman and first published 100 years ago.