An Evening with Colm Mac Con Iomaire and Guests 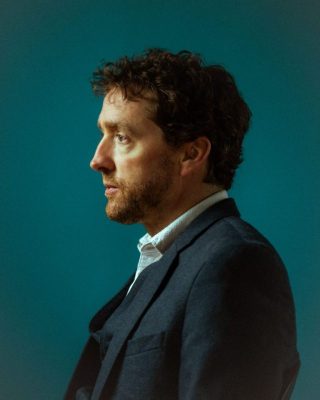 Dublin born, Wexford based Mac Con Iomaire is a well-known violinist, composer, film score arranger, and a founding member of hugely successful Irish bands: The Frames and Kíla. Colm has spent over two decades touring the world playing music. He released 3 solo albums to critical acclaim: The Hare’s Corner in 2008; And Now The Weather in 2015 and The River Holds Its Breath in 2019. He has travelled with these records, selling out shows in Dublin, London, Sydney and NYC. This will a very special intimate concert with Colm and Wexford Duo Basciville.

Colm Mac Con Iomaire is a musician from Dublin and resident in Co.Wexford. He is a founder member of both Kíla and of The Frames. He has been an integral member of The Frames since the band started. He joined them in 1990 having met Glen Hansard while busking on Grafton Street in 1986. He has travelled the world many times over since then with the Frames, The Swell Season & Colm’s own musical project. He released 3 solo albums to critical acclaim: The Hare’s Corner in 2008; And Now The Weather in 2015 and The River Holds Its Breath in 2019. While the Violin is very much Colm’s first instrument he also plays most of the instruments on his album(Cello, Guitar, Bozouki , Banjo etc). Instrumental music is Colm’s main interest and his music draws on a wide range of styles and influences ranging from classical to traditional music, though his music has a unique sound all of its own.

From Wexford, both studied music and composition at Waterford Institute of Technology before embarking on a career as session musicians for many well known Irish acts.

They formed and recorded their first autonomous music under the guise of Basciville in 2016, in the form of the ‘Blues in Red’ EP. The success of this release led to them signing with a UK label under which they released a string of ‘sound finding’ singles before deciding to split and follow the independent route. After taking the time to accumulate the gear and the skills required to record their own music, they set up a studio in their home in Ireland and started a label and production house- moving heads. Since then they have worked as producers with some of Ireland’s leading acts as well as releasing a second EP – ‘For All Lost Youth’ and a critically acclaimed debut album ‘Hymns to the Air’, all self recorded and produced.

They are currently working on album number two ‘Nothing Surprises’.